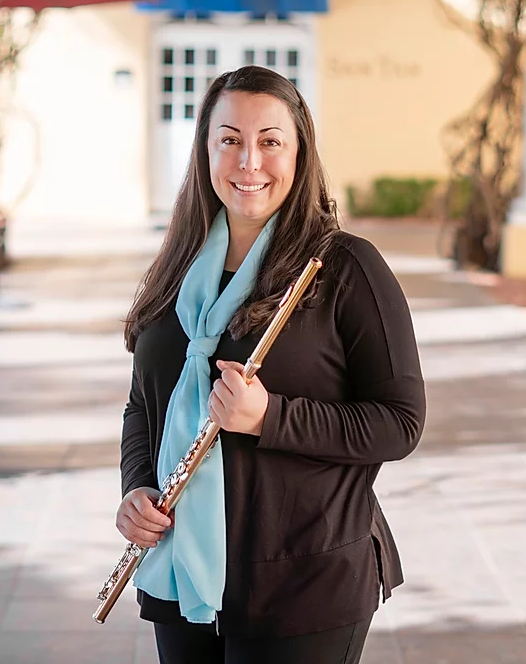 Rhonda is very active in her field and has served on the Board of Directors for Flute Society of Washington (DC) and Arizona Flute Society.  As an educator she has taught instrumental music in public schools in Fairfax County, VA and the Phoenix metro area, where her band programs have served over 250 students a year.  She has also taught for Columbia Institute of Fine Arts in Falls Church, VA, Levine School of Music in Washington DC, the Phoenix Symphony “One Nation” Project, Curry Summer Music Camp at NAU and Mesa Community College Summer Music Camp.  She also has considerable experience in piano performance and pedagogy.