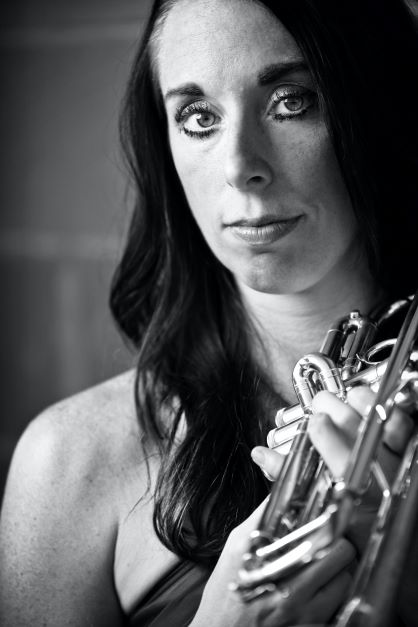 As a versatile artist, Lexie has performed concert performances with artists such as Adele. In addition, Lexie performs all around the valley, largely with the Arizona Broadway Theater which include shows such as An American in Paris, Elf the Musical, Chicago, Sister Act, La Cage Aux Folles, Titanic and Sweeney Todd.
Lexie has professional recordings including Robert Planel’s Trumpet Concerto in D Major, Telemann’s Trumpet Concerto in D, and Anothony Plog’s Postcards.
Lexie attained a Bachelor of Music degree from Bemidji State University. She was a teaching assistant for David Hickman at Arizona State University where she attained a Master’s degree in Trumpet Performance.

Lexie is adjunct Faculty at Mesa Community College and has spent over 13 years teaching trumpet, performing masterclasses, and coaching jazz and chamber ensembles to students all over the country.