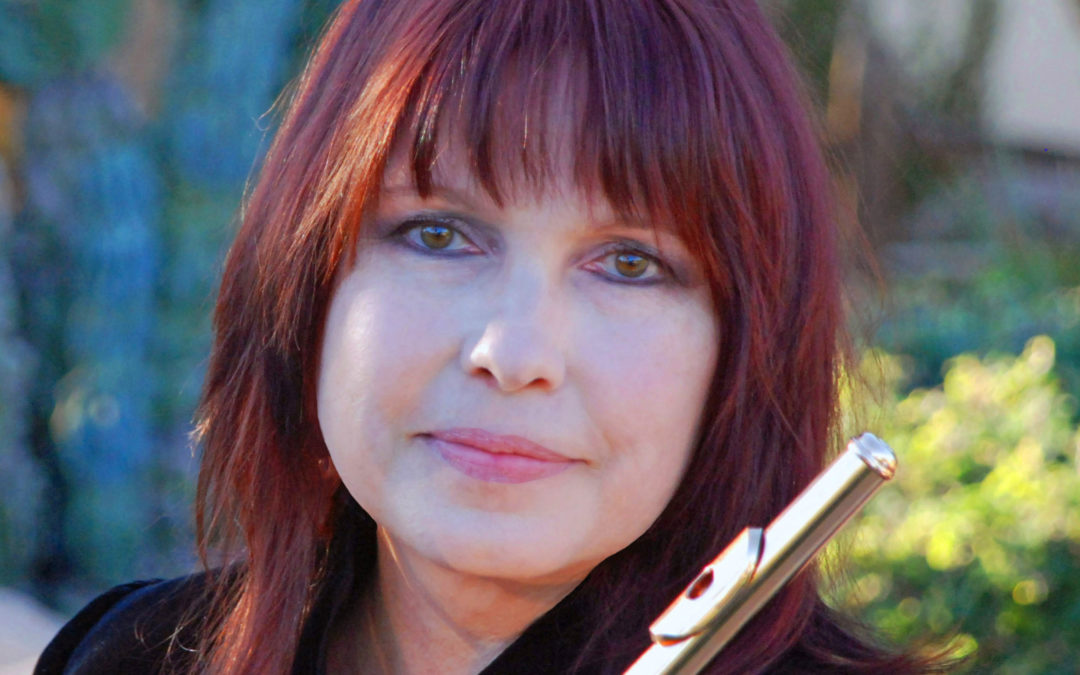 Christina Steffen (azflute.com) enjoys a widely diverse music career as a musician, soloist, teacher, conductor, and chamber ensemble coach. She has performed in the U.S. and Europe and at many music festivals. Ms. Steffen gave the southwest premiere of the Bohmler Sonata célèbre and was the soloist for the world premiere of Freedman’s “On the Other World” for alto flute and flute choir at the 2012 National Flute Association Convention. “… Her technique is flawless, as are the sounds she creates with her instruments. Of even greater value is her ability to interpret any style of music with authority and authenticity” (Bob Freedman, Grammy Award-winning arranger and composer). Christina’s unique artistry melds pure classical and orchestral training with a jazz sensibility shaped by years of playing in Big Bands. This combined with a passion for the musics of the world has fashioned a uniquely versatile musician.  She has played with The Phoenix Symphony, many ad hoc orchestras, local pit orchestras for over 50 national Broadway tours including “Wicked,” “Phantom of the Opera,” “Mary Poppins,” and “Aladdin,” and has played for an extensive list of international entertainers.

Her other musical forays include regional and national commercial recordings, playing for several CDs, and releasing the album, “Paradisa!” featuring the flute, piano, cello trio.  World-renowned flute soloist Viviana Guzman states, “Christina Steffen is a powerhouse flutist…she has a rich warm sound and exquisite technique…”  Ms. Steffen presents flute clinics and master classes and has taught at several camps including the MCC Summer Music Camp, the NAU Curry Summer Music Camp, and the AFS Flute Camp. She is the founder and Artistic Director of Desert Echoes Flute Project (defproject.org), a nationally recognized flute choir program sponsored by MCC. She is also the director of the Summer Flute Project, AZ FluteFest, the All-Arizona Flute Choir, and the Flute Regional Etude Day, all at Mesa Community College. mesacc.edu/flute-events