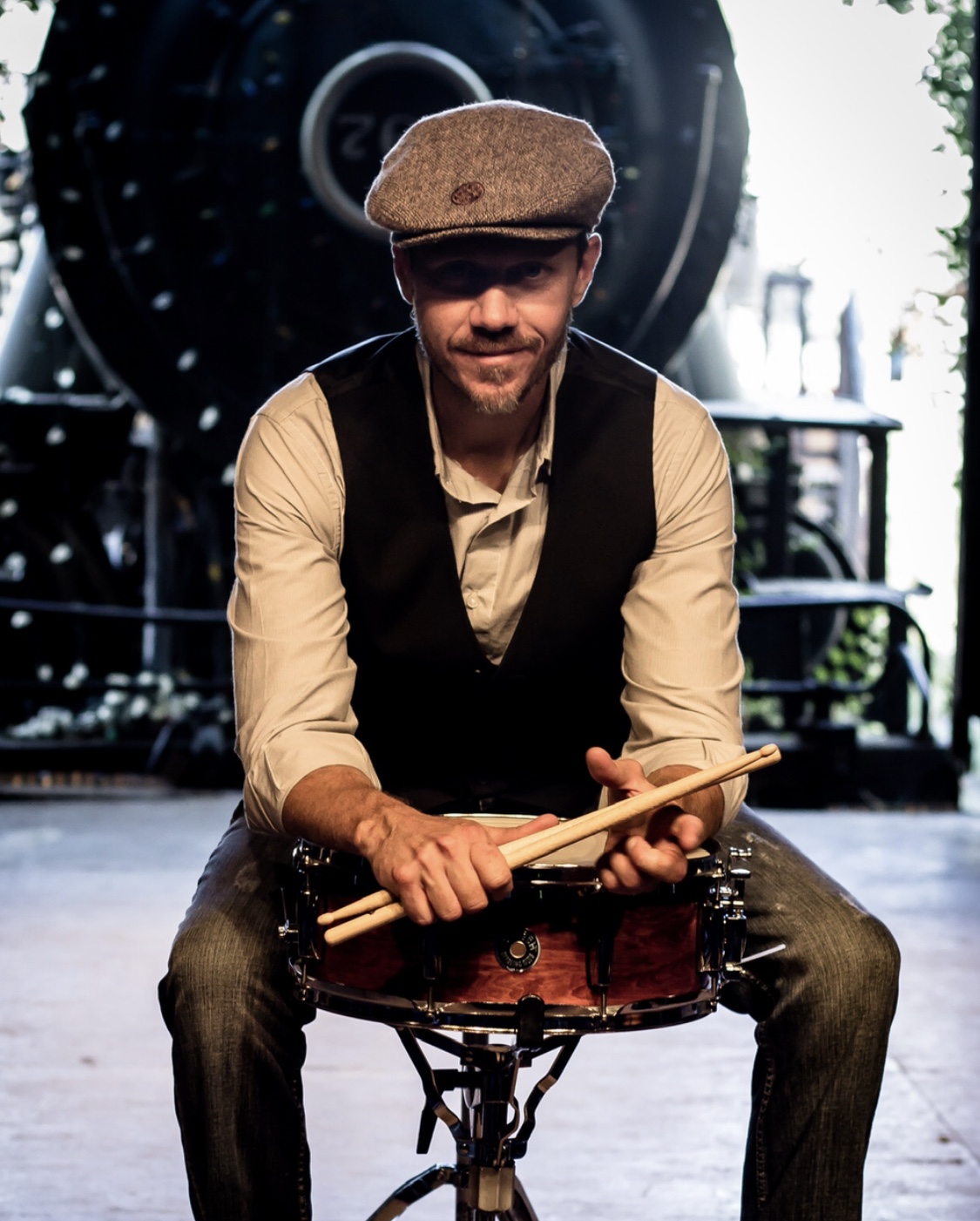 Christopher Reidy received his Bachelors Degree in Music Education from the Arizona State University School of Music where he studied percussion with Dr. J.B. Smith. He continued to pursue his Masters Degree in Percussion Performance at the University of North Texas, where he studied with Mark Ford, Ed Smith, and Paul Rennick. Chris studied orchestral percussion with Cloyd Duff, Principal Timpanist of the Cleveland Symphony, and Bill Wanser, Principal Percussionist of the Phoenix Symphony. He also studied world, hand percussion, and drum set with artists such as Dom Moio, Jim Chapin, and L.A. artists Gregg Field and Steve Houghton. While studying percussion both in Arizona and Texas, Chris was a recipient of the Louis Armstrong Jazz Award, and full ride music scholarships to both A.S.U. and U.N.T..

While attending U.N.T. for his Masters degree, Chris held a T.A. position that held responsibilities of teaching both  undergraduate courses and private lessons. He then accepted the position as the Director of Instrumental Music and Percussion Studies at Coronado High School in Scottsdale, Arizona. His teaching career would be shortlived,
as he soon again returned to his performing career. He became a member of the Tony and Emmy Award winning Broadway production, ‘BLAST!’. Chris toured the U.S. and Canada for two years while performing with ‘BLAST!, as both a percussionist and a soloist understudy. After performing in sold out theaters in over 50 cities, Chris was invited by the Walt Disney Company to join a musical production at Tokyo Disney Sea in Tokyo, Japan. He soon became the featured percussion soloist in Disney’s “Rhythms of the World”, and a member of the world famous “Jammitors” percussion trio. Once he returned to the U.S., Chris joined the 2nd National Tour of ‘BLAST!’, now in the leading role as a percussion soloist. This tour of ‘BLAST!’ included over 200 performances nationwide and over 100 cities across North America. He did several tours in both the US and Japan.

When Chris is not touring or performing overseas, he is a freelance musician and educator primarily in the Phoenix, AZ area. He is one of the first call drummers/percussionists to play with all major Broadway shows and national acts that come through the Phoenix area. Chris is currently the Director of Percussion studies at Mesa Community College, and also teaches privately in his home and Phoenix percussion studio, Reidy Percussion Studios. He is an active judge, clinician, arranger, and percussion consultant and has judged the Arizona P.A.S. Marching Percussion Festival over the last several years, alongside well-known percussionists; Colin McNutt, Paul Rennick, Jeff Queen, Brett Kuhn, and Scott Johnson.